There are emerging trends in modern interior design that we’ve suspected for some time and today’s 6 findings offer confirmation.

It’s no longer just a staircase to go up and down – staircase designs are now permanent residents on the innovation playground. The type of materials used, the type of structure, the design of the rails and risers… all of this is re-evaluated, re-imagined and re-conceptualized. And this process results in unexpectedly beautiful architectural creations. But as if that were not enough, the staircase now becomes a decorative object rather than just a structural one, and can even serve as an art display. In addition to the two aforementioned trends, the two examples below showcase another trend – creative landing design.

In Belgium, the staircase design above is part of the house renovation by architects Edouard Brunet and François Martens, photographed by Dennis De Smet. 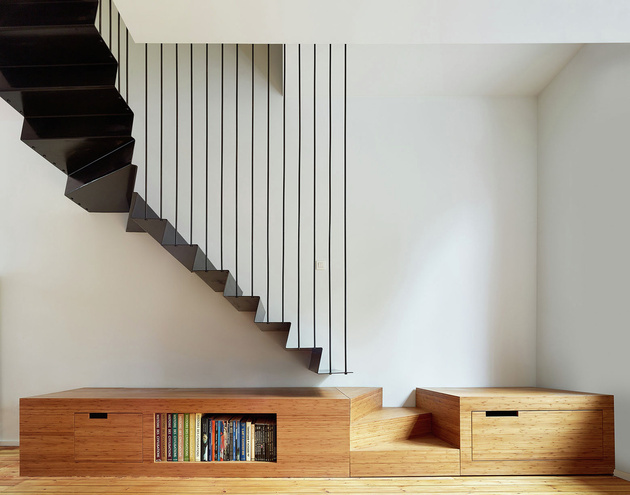 What a creative landing pad design – it doubles as storage and seating. Source 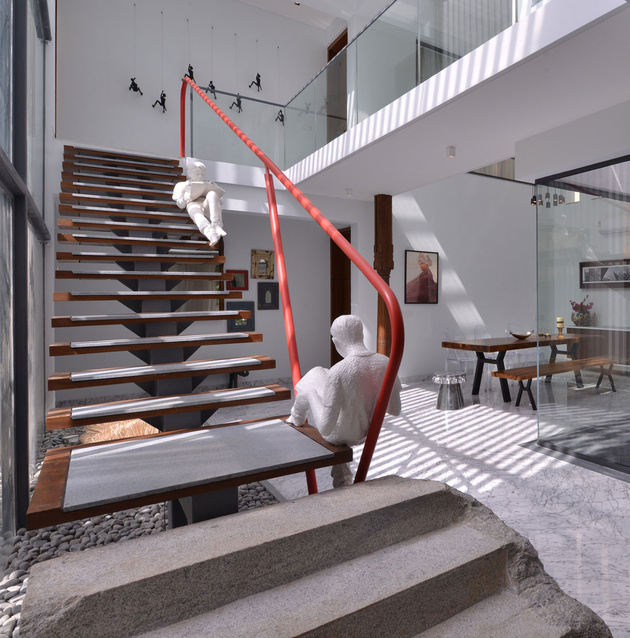 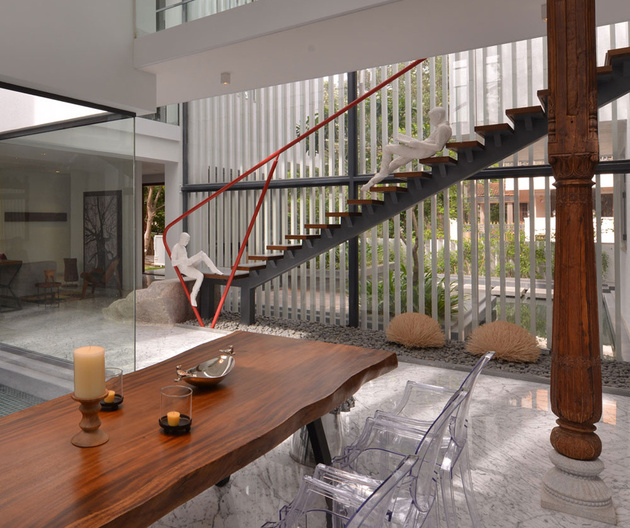 And look at the landing steps – just like in the previous example, they are also separate from the stairs and are formed from solid stone. Source. 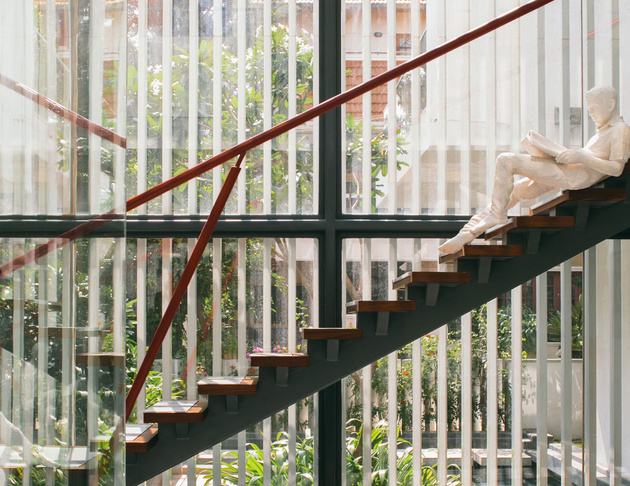 The chalkboard wall trend has really gone wild lately – the whole kitchen wall is now a chalkboard in some modern homes. Not just a section of the wall with a little message or a chalk handwritten menu list, but a large open space available for creative thinking. What was once reserved for children’s rooms is now found in the kitchen, which the following two examples represent perfectly. 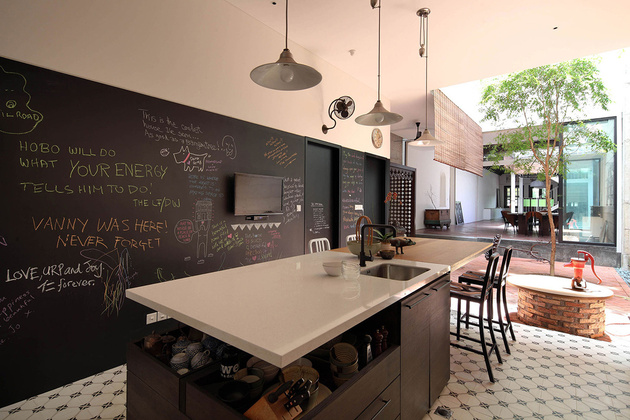 In Singapore, the modern Neil Road house by ONG&ONG features a kitchen wall designed like a blackboard. 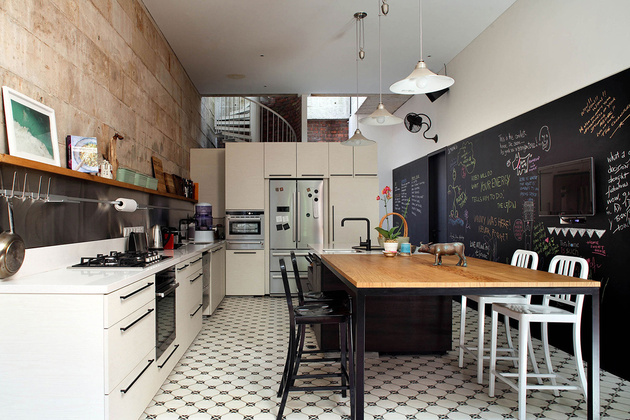 Even the doors are part of the picture. Source. 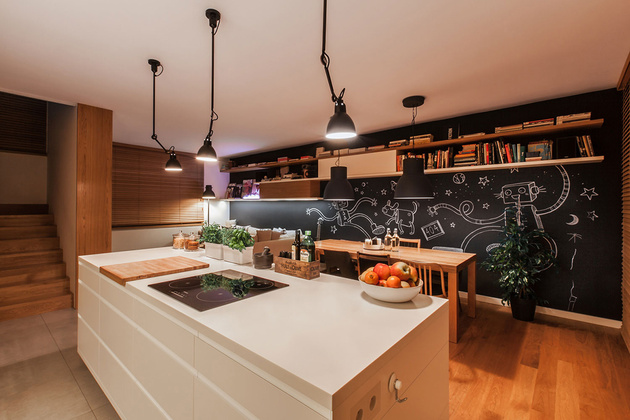 In Poland, the kitchen of mode:lina architekci’s D79 house (above) has a wall dedicated to chalk. Photographed by Marcin Ratajczak. Source. 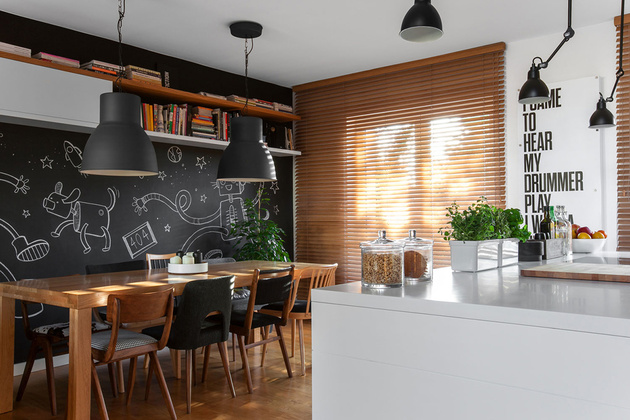 Not just an empty wall, it’s partially occupied by shelves.

The fireplace as a room divider and defining space

We’ve all seen fireplaces used as room dividers before, but this latest trend makes a fireplace feel much more involved in the design of the surrounding space. So much indeed that we had to come up with a new term – Fireplace Island. It seems so appropriate.
This means that a fireplace becomes a central architectural element of the interior space. It’s not just about dividing it, it’s about defining it – the rest is designed around it. 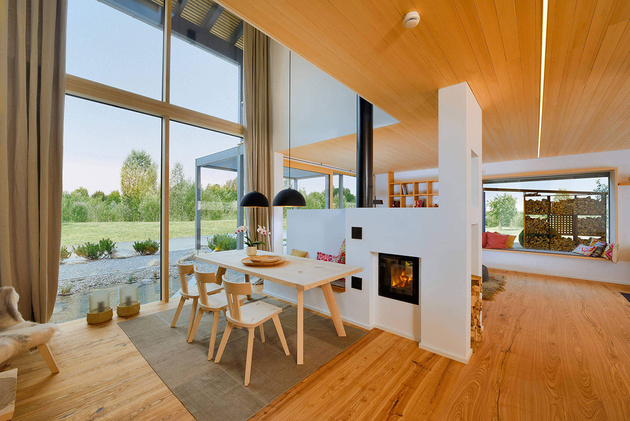 In Germany, the aptly named Alpenchic House by Bau-Fritz (above) features an open concept floor plan designed around the fireplace island which has a triple function as a built-in storage organizer, room divider and heat supplier. This is a very cool modern house overall. 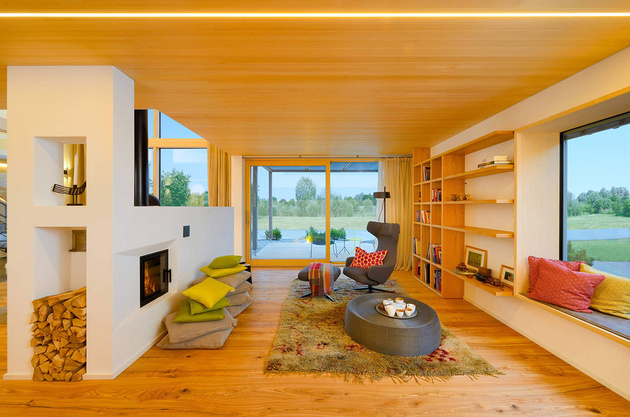 Don’t you love this cozy bedroom finished in warm colored wood. The fireplace island divides the space between the dining room and the living room. Source. 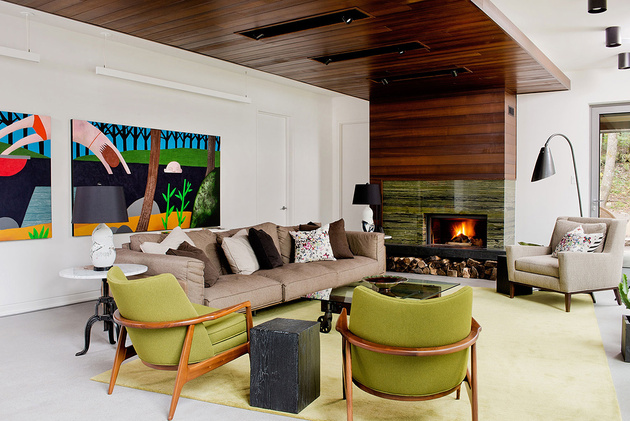 In Canada, Chalet Lac Gate is a creation of Boom Town. The fireplace, beautifully clad in natural stone, defines the color palette of the interior while also serving as a space divider. Photos by Angus McRitchie. 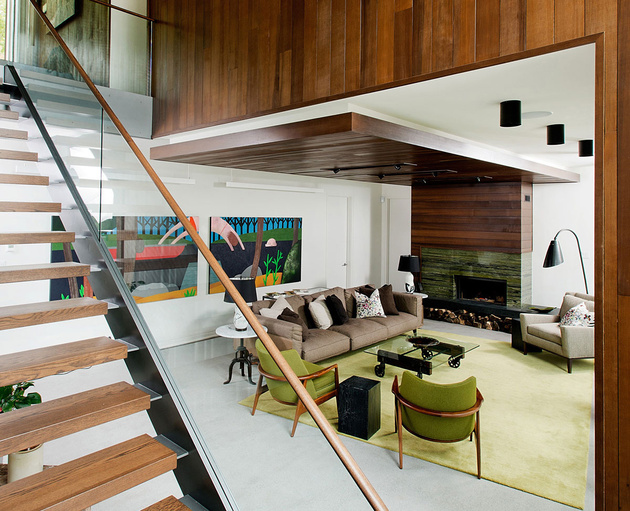