Indians have traditionally lived close to the land, their cultures being shaped by symbiotic relationships with ecosystems. Indian arts and crafts strongly rely on nature for its form, its philosophy and its existence. The indigenous landscapes have awakened the artistic sensibilities of the resident communities, evolving artisanal practices responding to utilitarian and ritual needs. The intersectionality of ecology and culture is evident through ancestral forms of craftsmanship. 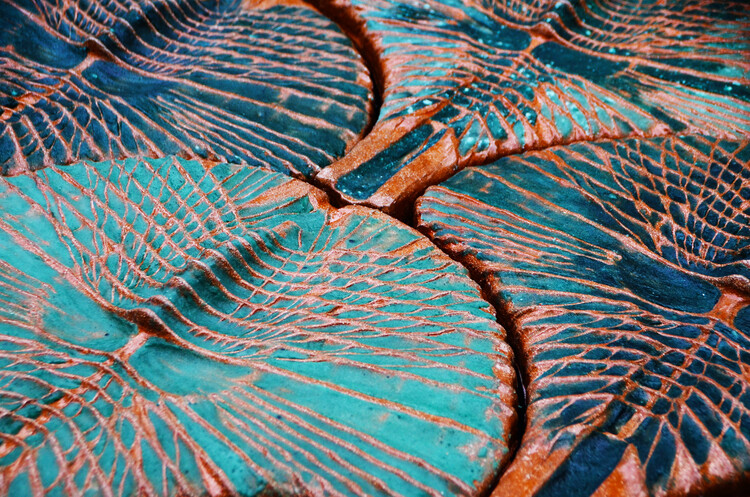 India’s handicraft heritage has an interdependent relationship with the ecosphere. Any change in ecosystems can have a profound impact on the craft sector as well as on the collective culture of the region. Indian craftsmanship is typical of their native landscapes, obsessed with natural resources stay alive. Traditional human systems are intertwined with environmental systems, resulting in parallel narratives of environmental degradation and the vulnerability of artisanal communities. In the wake of climate change, can vernacular craft technologies combat ecological degradation?

Indian craftsmanship is inherently sustainable by design, emerging from explorations with locally available resources. Traditional craft techniques are rooted in material optimization, waste minimization, contextual adequacy and energy efficient processes. Craft practices offer insight into vernacular knowledge systems that can be used against some of the most pressing and ancient environmental problems, such as water and air pollution. ArchDaily explores three new building materials that use endangered Indian craftsmanship as a tool to revive ecologies:

Indus is a bio-integrated wall designed to treat polluted water, especially in small-scale artisanal installations in developing communities in India. The wall is essentially a living skin made of tiles that can be constructed from locally available materials such as clay and laterite. Each tile is coated with a microalgae gel that treats contaminated water as it trickles over its surface.

The project uses digital tools to reinvent centuries-old knowledge and give local crafts a new form, a new language and a new identity. The tiles’ biomimetic patterns are inspired by the veins of a leaf – nature’s clever design to direct water where it’s needed most. Although the algorithmically shaped molds are 3D printed, the tiles can easily be made on site using regional materials, reducing its carbon footprint and employing resident artisans. Each mold is adapted by the design team – researchers from the Bio-Integrated Design Laboratory at the Bartlett School of Architecture, UCL – to fit the scale and type of pollution at different sites.

“With Indus, the goal is to make the biological process of water treatment easily available and decentralized,” explains Dr. Shneel Bhayana who leads the design team. Like culture, biology is always relative to a particular site condition. Indus was developed to equip each community with its own version of the wall specific to the industry and the contaminants identified in the water. The project has been structured for use by the natives, deploying regional materials and traditional craft practices to add value to the local community.

Inspired by vernacular cooling methodologies, architectural firm Ant Studio has created an effective solution to urban heat and global warming. The designers used traditional techniques coupled with modern technology to design an air cooling system made up of clay cylinders. After soaking the material in water, the air passing through the cylindrical pots is naturally air-conditioned, working on the concept of cooling by evaporation.

Mimicking the geometry of a beehive, the natural cooling of the air manifests itself in the form of a group of densely packed barrel-shaped pots in terra cotta. The system serves as an environmentally friendly alternative to conventional air conditioners by not emitting chlorofluorocarbons, a chemical that depletes the earth’s ozone layer. CoolAnt also does not require electricity and can be used in building facades and interior spaces to improve indoor air quality.

The device was constructed from the indigenous knowledge of traditional potters in India. The artisan community mainly uses earth as a raw material to make pots – locally called matka. This form of earthenware is commonly used in Indian households as a natural refrigerator, keeping its contents cool through evaporation facilitated by its porous texture. CoolAnt aims to support and revive the dying craft of pottery by engaging artisans to build terracotta cones.

Instead of seeing pollution as an inevitable by-product of industries, Carbon Craft Design uses it as a raw material to make “carbon black” tiles. An innovative venture by architect Tejas Sidnal, the project merges technology and know-how to reuse carbon emissions. Carbon black is a waste product that is generated in tons when burning fossil fuels and ends up being discarded or burned further.

Monochromatic tiles get their color from recycled carbon, preventing further combustion of the material and locking it into a decorative element. Tiles are made by shaping, cutting and later mixing carbon black with cement. The craft uses less energy than traditional ceramic tiles while empowering the craft community. The tiles were an economically viable product that the team could make from the waste, as opposed to the bricks of the facade elements.

Sidnal has always been bothered by air pollution. As he researched design methods to solve the problem, he realized that technology alone could not solve environmental problems. Carbon Craft is built on the generational upbringing of craftsmen from Morbi, Gujarat, the second largest tile manufacturer in the world. Skilled in a 200-year-old traditional craft, artisans were able to intuitively understand the properties of this new material and train the design team on efficient production methods. Artisans are involved in two aspects of the manufacturing process – designing the stencil and creating the tiles.

“I strongly believe that local artisans and artisans will be central to how we address climate change,” Dr. Malik shares with ArchDaily. These examples highlight the contribution Indian artisan communities can make to sustainability and the fight against climate change. The designer-craftsman duo operate on a bottom-up design approach where traditional practices inform innovation and development.

The future of climate action is local. Faced with ecological adversities, various contexts call for various efforts that mobilize citizens. Through their work, artisan communities can participate in a form of grassroots activism for climate justice. By relocating economic, social and ecological systems, environmental progress becomes more accessible and effective. A network of localized action will inevitably aggregate into global triumph.

This article is part of the ArchDaily topics: The future of Construction materials. Each month we explore a topic in depth through articles, interviews, news and projects. Learn more about our ArchDaily topics. As always, at ArchDaily, we welcome contributions from our readers; if you wish to submit an article or a project, Contact us.