YOU don’t have to be a design pro to have standards, as one woman said when she swore off a “tacky” trend that’s all the rage.

Despite her self-proclaimed poor taste, the woman found others to agree with her views online.

Sitting in her own living room, the TikTok user, who goes by TheDivasCup On the platform, explained his take on the house trend.

“I’m bad, as you can see, bad at interior design,” she began, pointing the camera at her own furniture and posters.

After issuing the warning that no one should take their amateur opinion “too seriously”, she addressed the millennial and Gen Z cohorts.

“I really think some of you are going to miss those fake vines,” she warned. 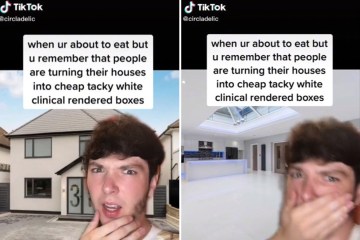 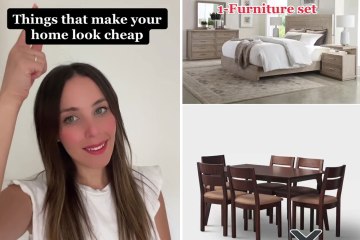 “The fake vines, hanging from the ceiling? The vines? she repeated in front of the camera.

Flipping his camera, the TikTok user showed a living plant in his own home.

“This, here, this is a real vine. It’s in bad shape,” she said, following the long arm of the plant on her TV cabinet. “That doesn’t even look good!”

Yet, she says, the bright green plastic plants that are all the rage today are far worse than a real, declining vine.

“These fake vines look so sticky to me,” she said, unable to determine why. “I do not know what it is.”

She made a comparison to another trend from years ago.

“Millennials, zillenials, please tell me if you get the same vibes as tapestries, when tapestries were really in vogue,” she said. “Like, I’m sorry.”

In the comments section, other armchair interior designers supported the thesis of the original poster.

“I completely agree OMG,” one person wrote. “I teach college classes and last year it felt like every one of my Gen Z students had these sticky vines behind them.”

Another user was relieved to hear the grumpy trend being called out. “Someone said so,” they wrote.

Although she would never decorate with fake vines, the poster reminded viewers that her rule is not the law.

“Honestly speak up, everyone,” she said, zooming in on her incredulous face. “I don’t know what I’m talking about.”