Launched in 2003, the program celebrates the best of Australian interior and product design across 15 categories. Tracton optometrists is shortlisted in the retail category and is the only optometry firm to be nominated.

Optometrist Mr. Daniel Tracton started the business with his wife and COO, Ms. Michelle Tracton, during the height of COVID-19.

With the retail space facing the street only 50 square meters, they engaged designer Mr. Conrad Perry of Perry Design who was able to visualize a bespoke, upscale yet functional interior design. 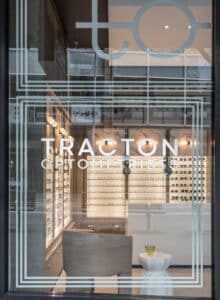 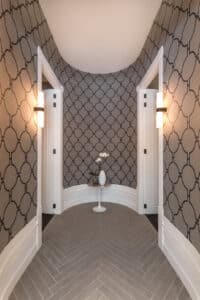 Tracton said it was Perry’s first time designing an optometry practice, and Perry named the practice in the IDEA.

The winners will be announced at the IDEA gala evening in November.

“This is great news for us as we are about to celebrate our first anniversary after opening during a tumultuous period of lockdown,” Tracton said.

They had originally planned to open in early July 2021, but Bondi was blocked at the end of June, resulting in a three month delay in opening.

“We opened three weeks before the end of the lockdown and could only provide intensive care. It was a difficult balancing act,” he said.

They also faced further disruption this year when the street was closed to build a cycle path.

“We had no foot traffic for four months while the street was being rebuilt,” he said.

Since opening, Michelle has been working and is about to complete a Certificate IV in Optical Dispensing at the Australasian College of Optical Dispensing (ACOD). The former environmental consultant is currently completing the last module of her training.

Against All Odds: New Practice Opens in Sydney’s East End